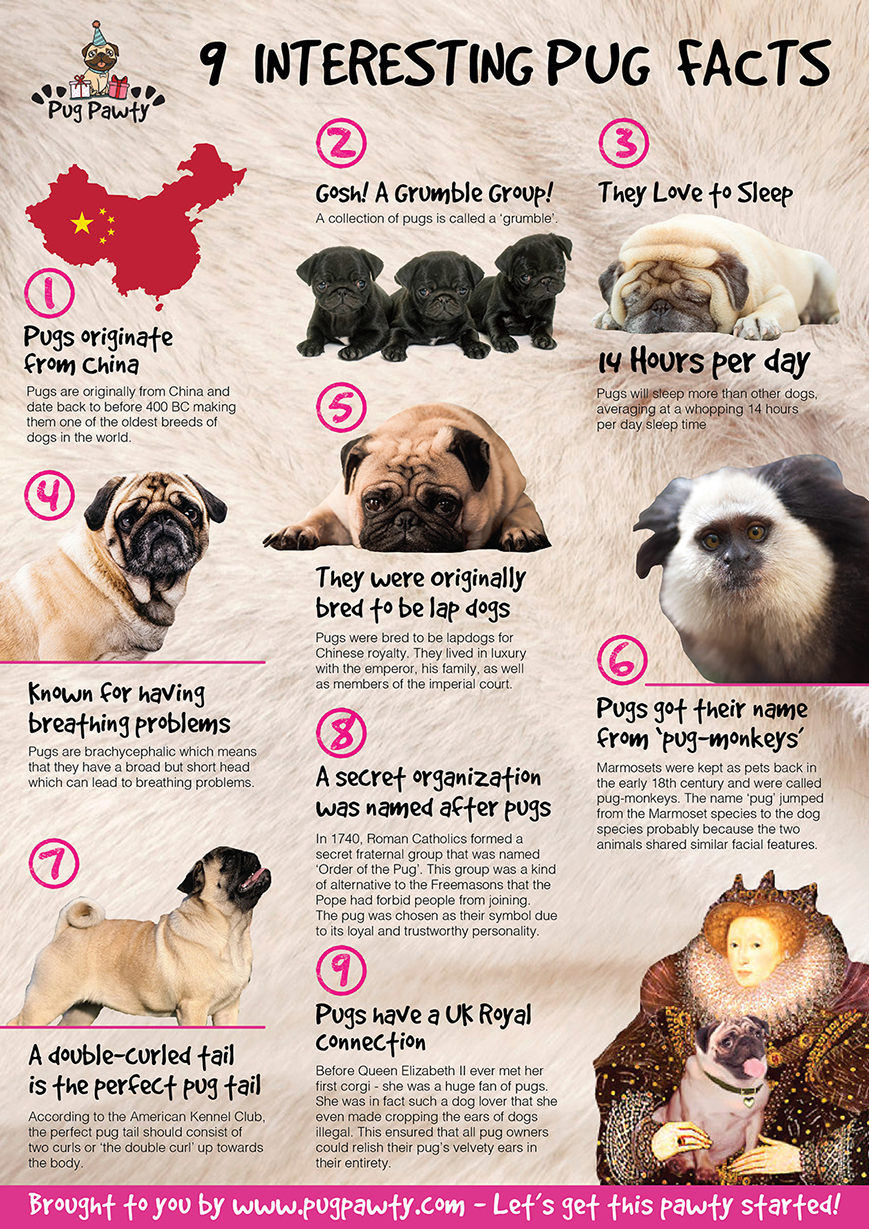 Pugs are originally from China and date back to before 400 BC making them one of the oldest breeds of dogs in the world.

A collection of pugs is called a ‘grumble’.

They Love to Sleep 14 Hours a Day

Pugs will sleep more than other dogs, averaging at a whopping 14 hours per day sleep time.

Known for having breathing problems

Pugs are brachycephalic which means that they have a broad but short head which can lead to breathing problems.

They were Originally bred to be lap dogs

Pugs were bred to be lapdogs for Chinese royalty. They lived in luxury with the emperor, his family, as wellas members of the imperial court.

Pugs got their name from ‘pug-monkeys’

Marmosets were kept as pets back in the early 18th century and were called pug-monkeys. The name ‘pug’ jumpedfrom the Marmoset species to the dogspecies probably because the two animals shared similar facial features.

A double-curled tail is the perfect pug tail

According to the American Kennel Club, the perfect pug tail should consist oftwo curls or ‘the double curl’ up towards the body.

A secret organization was named after pugs

In 1740, Roman Catholics formed a secret fraternal group that was named ‘Order of the Pug’. This group was a kind of alternative to the Freemasons that the Pope had forbid people from joining. The pug was chosen as their symbol due to its loyal and trustworthy personality.

Pugs have a UK Royal connection

Before Queen Elizabeth II ever met herfirst corgi – she was a huge fan of pugs.She was in fact such a dog lover that sheeven made cropping the ears of dogsillegal. This ensured that all pug ownerscould relish their pug’s velvety ears in their entirety.